The best part of my spare time over the last two weekends has the table surface nearly complete; all that remains to be done is the pavements for the landing strip. What follows is a series of step-by-step photos of the progress.

I decided I wanted some slight variations in the ground; to achieve this I glued down torn pieces of cork mat, approximately 3mm thick: 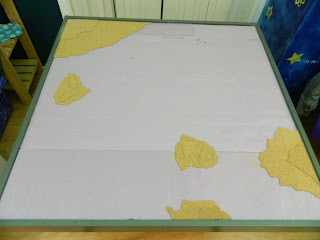 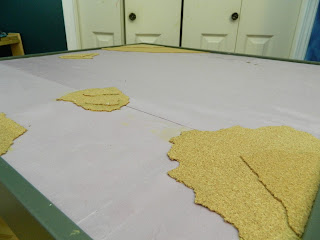 I etched out the edge of the runway, effectively creating a small ditch around the edge. In retrospect I should have raised the runway to create the delineation between it and the surrounding grass land instead. I think the end result would have been more realistic. 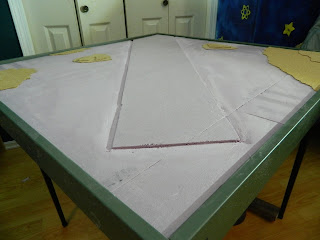 I mixed a full tube (300ml) of sanded grout caulking with approximately 200ml of tile adhesive and covered everything except the runway with it to blend in the cork pieces and create texture. While this was still wet I pushed Woodland Scenics Coarse Talus into the mixture and generously sprinkled coarse sand mixed with finer talus over top: 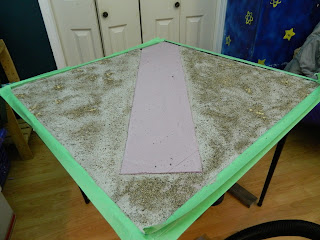 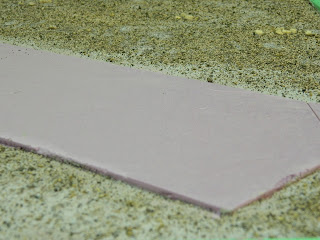 After 24 hours I then coated the sand and gravel with two different coloured water/paint/glue mixtures: Desert Sand and Burnt Umber. I wanted some of the different colours of the stones to come through so the coating was mostly glue and water with just enough paint to "stain" the surface: 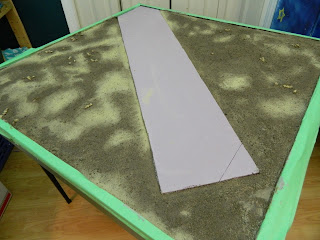 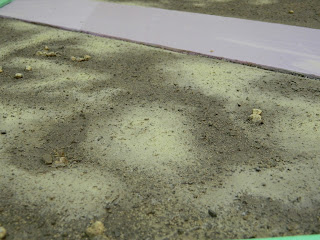 Next up I went over the  table with some 2mm Light Green static grass, leaving some patches bald: 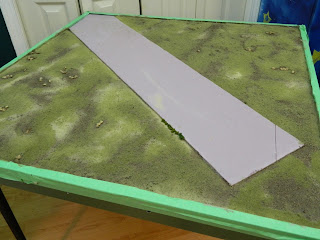 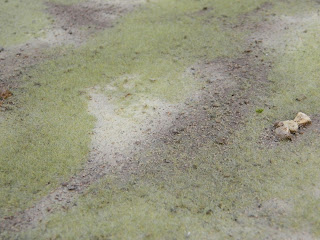 Next stage was the fun one: placing bushes and scrub. I concentrated them around the rocks and edges of the table and the runway. They are a combination of Woodland Scenics medium green Clump Foliage, Light green Clump Foliage and Light Green Lichen (as some of it is more grey than green, it is great for representing dead wood): 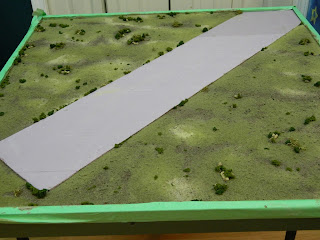 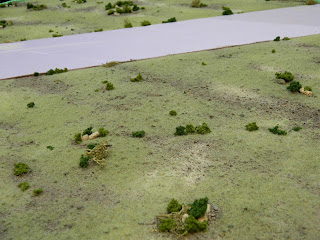 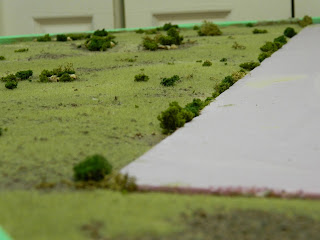 I made good use of my collection of tufts for this stage. Leadbears Desert Tufts, Gamers Grass Brown, and Army Painter Jungle tufts. 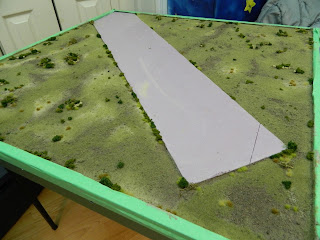 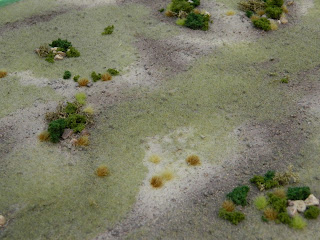 The final stage was one more layer of static grass: Heki 6mm Autumn (one of my favourites). 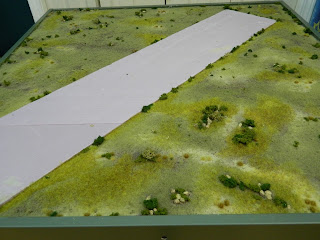 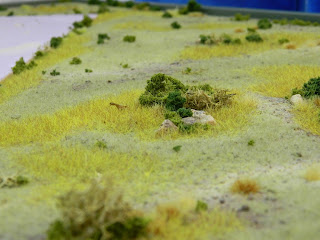 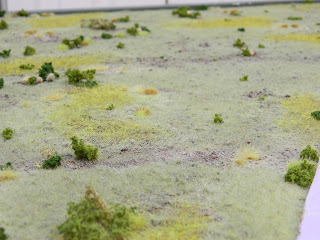 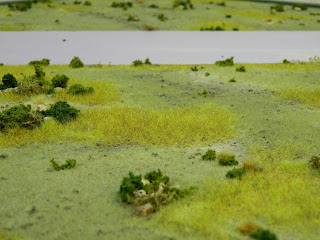 I am happy with the end result; I was going for knee high grass and brush. I plan a few scatter bases with slightly taller shrubs on them to add to the variation.

Over the next week I will 'pave' the runway and start on a few pieces of scatter terrain.
at April 01, 2018

Email ThisBlogThis!Share to TwitterShare to FacebookShare to Pinterest
Labels: airstrip