We started a new Pulp Alley campaign yesterday, 3 of us using our favourite leagues: the Yellow Peril, Rodio and the Mandalorians. Set in the Chinatown of an un-named North American city, each league had its own objectives. Rodio was in search of adventure; the Yellow Peril were on their home turf and trying to prevent a rival gang from committing arson and the Mandalorians were in search of a vital piece of equipment that would allow them to return to a galaxy far, far away and a long time ago. 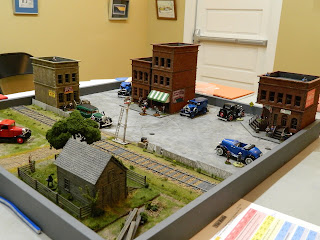 Although the table featured fewer pieces of terrain than in the past it was loaded with NPCs that the leagues had to interact with to try to achieve their goals. 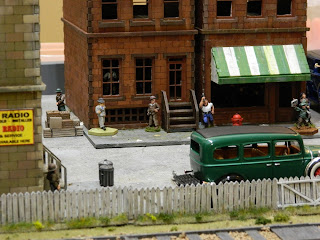 The local youths, just maxin' relaxin' an' actin' all kool: 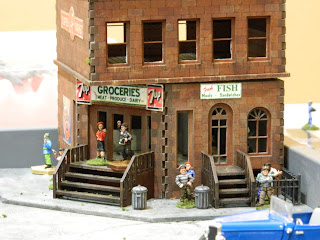 Right off the hop the Yellow Peril were on the right track ; WuFang and Tong question a thug... 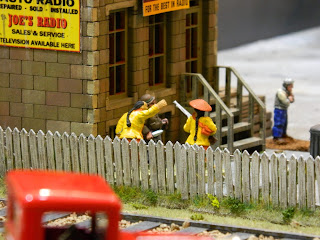 ... who promptly bolts and is tackled by ping: 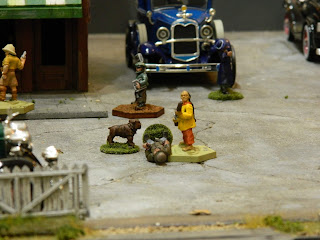 Rodio narrowly avoid starting a brawl with some local tradesmen: 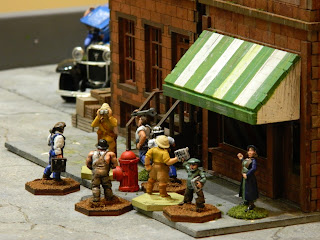 This suspicious dude attracts the attention of both a lovely lady as well as the Mandalorians: 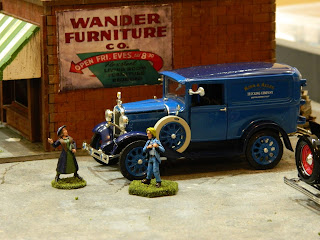 A new gang is introduced (lower left hand corner in blue) and they seem intent on interfering with the Mandalorians, one of whom they have nearly surrounded. As things start to heat up, the police arrive and the Mandalorians are forced to resort to violence to get what they want, taking out the stranger: 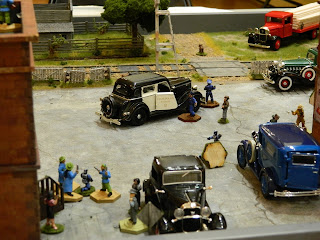 Much of the action happens inside the buildings (no photos as it proved awkward) but in this last photo Wu Fang and Tong investigate suspicious crates only to find they have been duped (Red Herring). 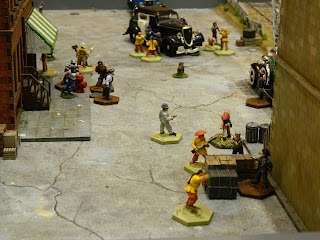 Next episode, the leagues converge on a tropical island...

Email ThisBlogThis!Share to TwitterShare to FacebookShare to Pinterest
Labels: urban