Last week my parcel from Fenris Games arrived- not too late either as Trumpeter's Salute is next weekend. In it were some MDF pallets and resin manhole covers, trash cans and fire hydrants. Although in general I am happy with the prodcuts, they are not without faults. The hydrants in particular suffer from some casting issues. On each hydrant there are 7 hex bolts and nearly half of them are either misshapen or concave. Two of the hydrants have significant air pockets,  both defects on the bottom of the side cap, as well as significant flash in hard to clean recessed areas.. The trash cans have several very small air pockets that are only really visible in the picture. The manhole covers turned out perfectly and the pallets, while fragile, are also very nice. Even with the casting issues I am happy enough with the products. 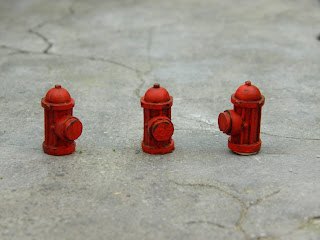 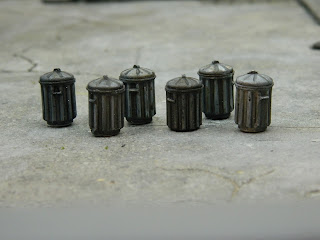 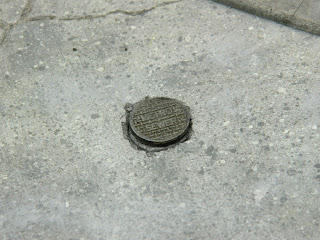 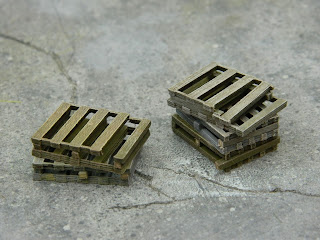 A while ago I received some metal barrels from Warlord Games. I painted three of them up as a plot point: a hidden stash of chemicals: 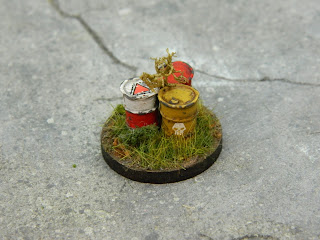 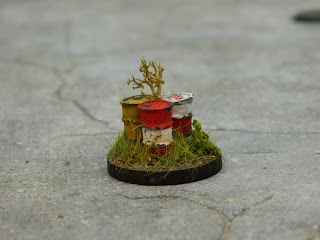 I also have a selection of O gauge road signs so I put a 'Narrow Bridge' sign on a base: 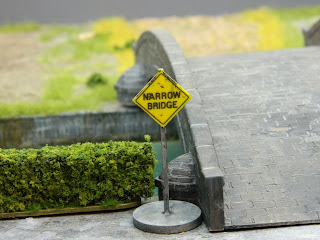 It didn't seem unreasonable to take a couple of shots with the added details: 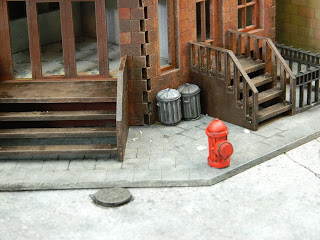 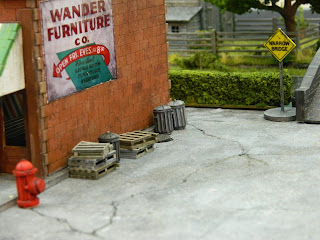 In other news I have given up on the water table... for now. After much trial an error with a variety of materials I am just not satisfied. Our hope was that I would have it to a standard that we could use if an opportunity for some extra game time came up. Not this trip however...
at March 11, 2018