I successfully met my goal of getting the table and buildings to a usable stage (ie everything with at least one coat of paint) and then some. All the interiors of the buidings were finished to this stage: walls papered and/ or painted but floors yet to be done. 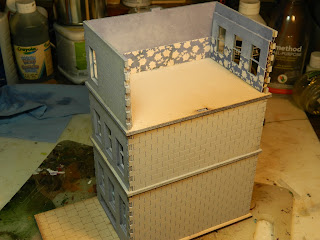 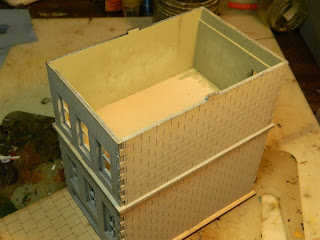 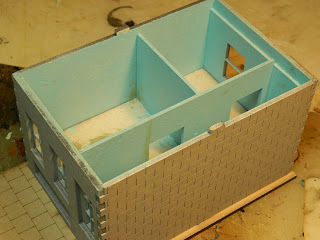 I decided to try carpet on one floor: 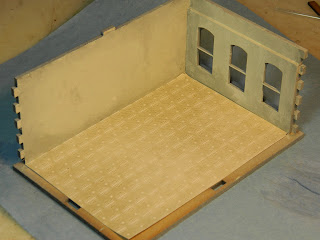 The table surface had lines brushed into it and cracks scribed as well as areas where the concrete had broken away revealing paved over stonework. 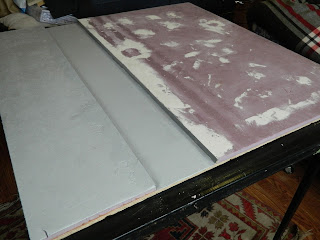 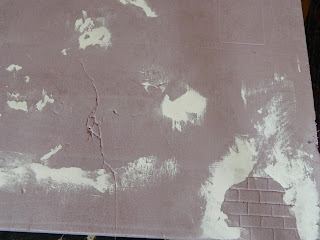 Next I laid down a few coats of paint for the canal water followed by several coats of thinned Gloss Modge Podge. I then spent waaay to much time painting the concrete; I think a better result could have been achieved with less effort. Although it turned out ok it's a little flat - it needs some texture so I am going to add some rubble here and there. 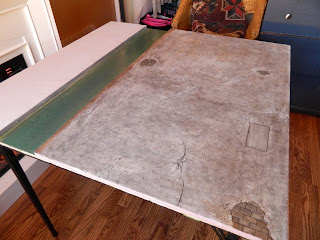 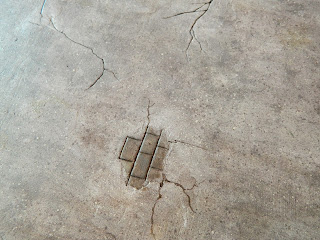 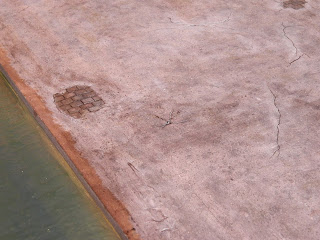 The Ramshackle Barn is also nearly complete. Just the base to be finished. 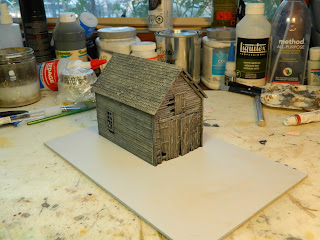 We gave the table a run through on Saturday- the scenario was A Race Against Time  with four gangs competing: Cowboys, Gangsters, Cultists and Madalorians. The Mandalorians proved to be tough nuts and won the day. 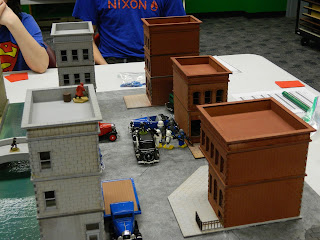 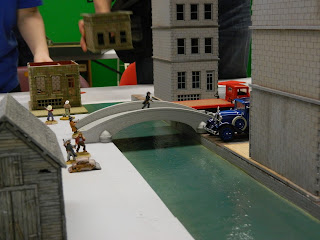 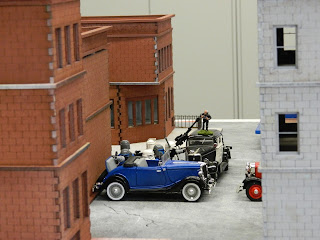 David has spent a small fortune on diecast cars to add character to the table and the scenarios. I hope to add more street 'furniture' soon: lamp posts, fire hydrants man hole covers- that sort of thing. The table was looking a little sparse until the cars got added then it got really crowded.

Next on the agenda is to work on the 'other side' of the canal/tracks, get the floors into the buildings and finish off the exterior of the buildings including the stairs, awnings and some decals.